Our accomplishments so far... 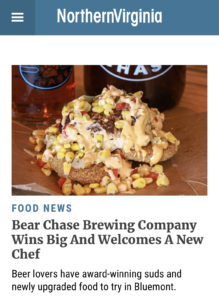 Beer lovers have award-winning suds and newly upgraded food to try in Bluemont.

“What’s the secret to the brewery’s success? Part of it is the hops grown onsite. But hops aren’t the only thing sprouting up at Bear Chase’s farm. There are fruits and veggies that find their ways into both suds and the newly robust food program. This past spring, chef Anthony Walker joined Bear Chase and continues to revitalize the menu at the brewery. That encompasses two food trucks, most notably one called Grill on the Hill, which allows the former Marriott executive sous-chef to flex his culinary muscles.”   READ MORE… 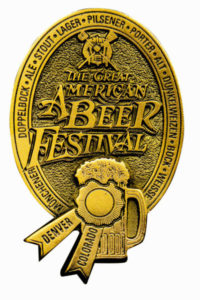 For the second time in three years, Bear Chase Brewing Company was awarded a gold medal at the 2021 Great American Beer Festival

(GABF) competition, presented by the Brewers Association®. The best beers in 97 beer categories covering 175 different beer styles (including all subcategories) were awarded gold, silver, and bronze medals at a ceremony at the Bellco Theatre in Denver during the Craft Brewers Conference® and livestreamed on The Brewing Network. 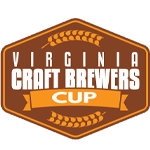 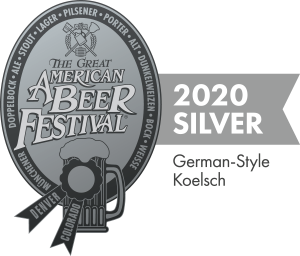 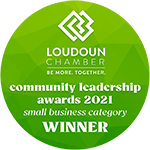 Congrats to the Bear Chase Brewing leadership for winning Loudoun County Chamber’s Community Service Award. These awards honor those businesses and community leaders who have demonstrated exemplary leadership and commitment to support the strength and vitality of the Loudoun community. We were also a finalist for the 2020 Loudoun Destination business of the year and a Finalist for the 2021 Community Leadership Award small business. 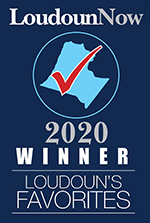 Bear Chase Brewing Company was recently named WINNER for Best Brewery for the second year in a row. Big thanks to everyone who voted. We love our fans just as much as you lover our beers and view! 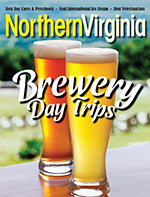 Bear Chase Brewing on Cover and Inside of NothernVirginia Magazine

Bear Chase was recently featured in the August 2020 issue of NorthernVirginia Magazine, in an article about day trips to area breweries. Want to see NoVA through gose-colored glasses? Whether you’re a music head, live for adventure or want to spend some time with your pooch, we’ve got a sudsy day trip for you. 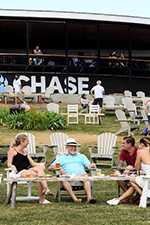 Bear Chase was recently featured in the Washington Post’s “Going Out Guide”, an article describing nearby beaches, breweries and wildlife preserves to ease your summer wanderlust. From the article…

“We’ve all been to wineries where the views and the group-friendly setting are just as important (or much better) than what’s in the glass. Yet many of Northern Virginia’s best craft beers are made in not-so-scenic industrial parks. But that’s beginning to change. The two-year-old Bear Chase Brewing, in Bluemont, offers the mountaintop experience of a winery, with a terraced lawn and tasting room deck overlooking a million-dollar view of Loudoun Valley.” 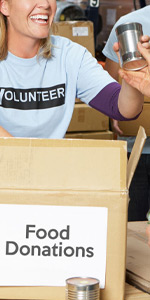 Bear Chase Brewing will join a growing number of breweries dotted around Virginia offering free pop-up grocery stores to people in the restaurant industry, who have felt the order to close up shop keenly in their bank accounts.

Bear Chase is also still selling online to-go orders of our brews for pickup either at our brewery or at one of three Friday drop-off locations: Lansdowne Resort and Spa, Holloway Company in Arcola, and John H. Enders Fire Company and Rescue Squad in Berryville. You can also order online.

Bear Chase Manor, our rental property adjacent to the brewery, was the WINNER for Best B&B/Country Inn.

THANK YOU to every one of you for voting and putting us at the top last year!

Bear Chase Named Best of Loudon Finalist and WINNER for BEST BREWERY and BEST BAR for 2020.

Bear Chase Manor, our rental property adjacent to the brewery, was the WINNER for Best B&B/Country Inn.

Bear Chase Brewing Company was named FINALIST for Best Happy Hour, Best Place to Gossip, Best Date Spot and Best Tourist Destination. THANK YOU to every one of you for voting and putting us at the top this year!

Bear Chase Brewing Company was named #1 Brewery by the readers of Loudoun Now in their 2019, 2020 and 2021 Annual Loudoun Favorites Poll. Bear Chase also took 2nd in the “Best Place to Meet Friends” category of the same poll. Bear Chase was number one fro Best place to meet friends in 2021 and made thr 40 under 40 list for 2021.